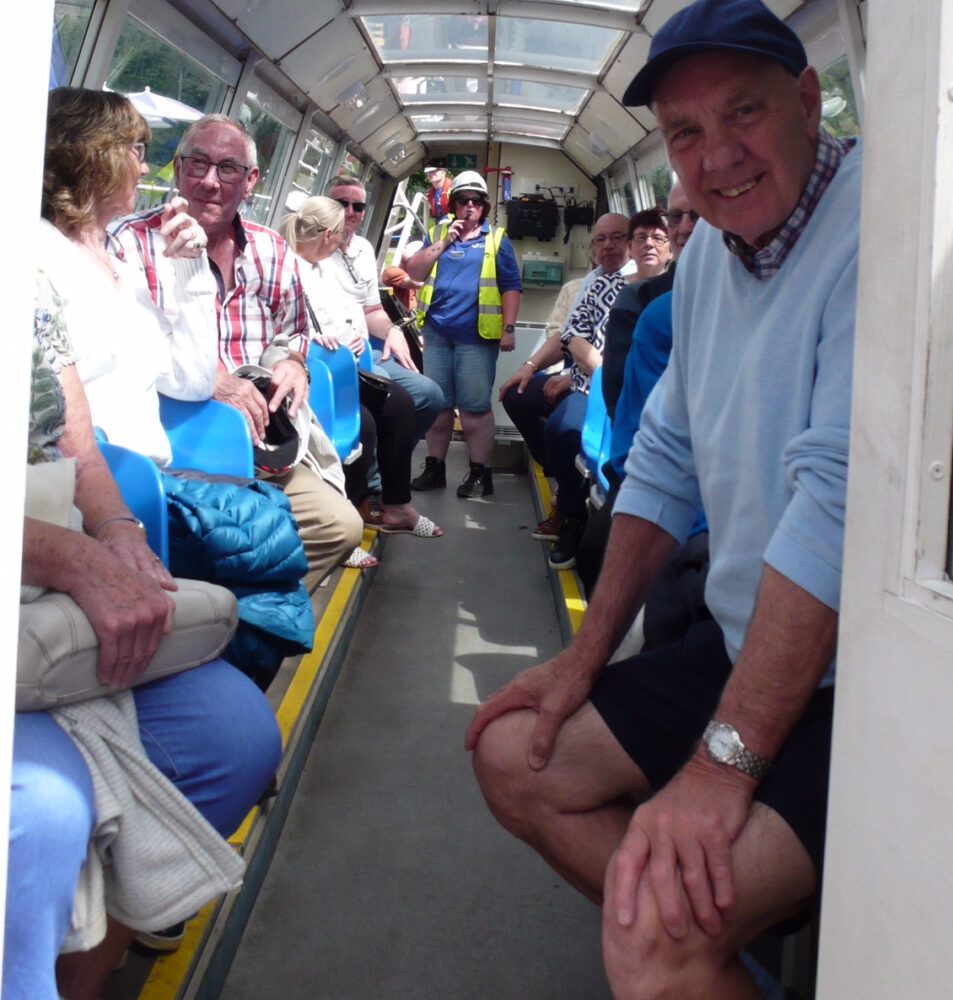 This month the Burnley and Pendle MGOC enjoyed a different mode of transport to its normal four-wheeled one.  We paid a visit to the Standedge Tunnel — Britain’s longest, deepest and highest canal tunnel.  The restored and still working canal tunnel is Managed by the West Yorkshire Canal and River Trust.  From the Old Stone Trough Hotel, we drove over the moorland Peak District scenic roads, passing its many reservoirs, taking in a coffee and cake stop at Craggie’s and through Ripponden then Mythomroyd to Marsden by the rather faster main roads.  At Marsden, the Trust Chairman – who owns a factory MGB V8 – piloted us on the visitor centre Shuttle, a beautiful electrically driven restored narrowboat, because unfortunately they lack car parking at the Centre:  a delightful introduction to our short ride into the tunnel.  From another electrically powered tour barge, we experienced an insight into the labour intensive construction and operation of a 17th century canal tunnel.  Certainly quite cold dank and very, very dark — after turning off our bright modern LEDs!  We were able to see the museum collection and were shown the hand tools used to construct it over 17 years of hard physical labour and the dangers the navvies faced and the surveying problems in an age before the laser theodolite.  Nevertheless, on returning we were fortified with further cakes bacon and fries!  The Trust cares for the canal and also serves an educational purpose, introducing children to both the fun and dangers of the water, learning how to safely enjoy it.  It is almost entirely run on a voluntary basis including providing pilotage through the entire tunnel for pleasure boats.

Returning to the car park again in our beautiful oak panelled boat — a tribute to modern craftsmanship— we went our separate ways.