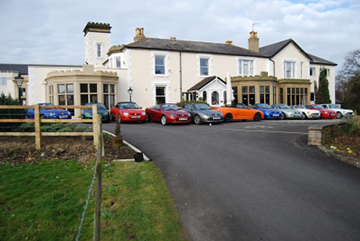 Once again a number of the intrepid members ventured forth in search of good food, good drink, good company and good touring.

As in previous years we have returned happy that all our objectives had been achieved.


The weekend started on the 6th of march with members gathering at the Northop Hall Country Hotel. The late afternoon was passed in the Bar (where else) with members partaking of nominal amounts of alchohol and much conversation. Dinner was a casual affair but as usual the Hotel surpassed itself with the quality and amount of food supplied.

A short quiz followed, something to do with pop groups I believe, and somewhat late in the evening the victors lost control of their prize ( it was pinched by another member who will remain nameless, but you know who you are!) so chocolates and beer was the order.

Saturday was main run day and it dawned Sunny and fine, if a little cool. The run took us through rural north Wales and was accomplished by all participants without incident. 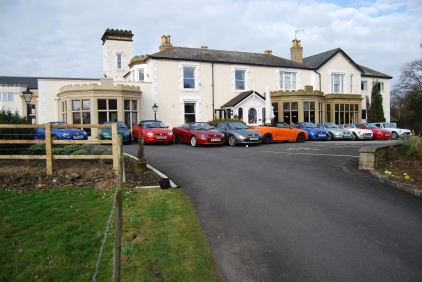 The evenuing dinner was another matter. The theme this year being Bowlers and Boa’s, the photographs will no doubt tell a story.

Following another fine dining experience, Santa arrived, providing presents for all. Some were scary, (see Rudolph) and some were not so scary (see Bunny Girl). 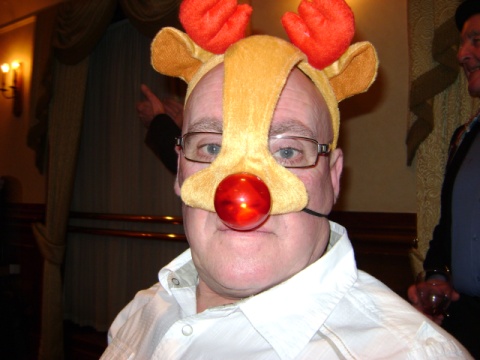 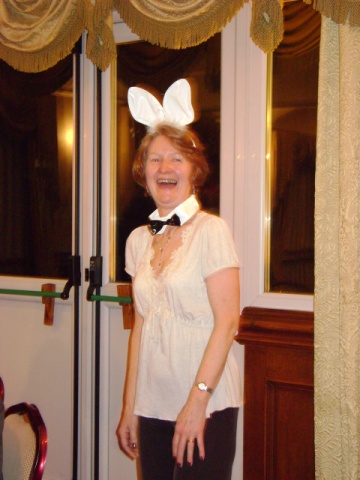 Having distributed presents it was time for “Pass the Parcel”. First the men who were, to put it mildly
“enthusiastic”. Being in Wales they fealt the parcel should be treated as a rugby ball, however having been berated by one of the ladies, it became a little more sedate.

Then it was the ladies turn, who of course took the matter much more seriously.

There followed an impromptue exibition of “Morris Dancing” by the men, Maurice dancing might perhaps more accurately describe the horrendous display. Then the ladies did there very best to dance rather seductively, despite the attentions of a number of the men. However they refused to comply with the requested “Can-Can”

A number of delicate and wounded members made breakfast the following morning. Ther followed a run int over the hills and down the valleys to Betwsy Coed, where unfortunately it was snowing. The weather was in fact thoroughly miserable. As a result the group split up to go in numerous directions. All made it safely back to the hotel where once again the menfolk met up in the bar.

Dinner that evening was followed by another quiz, this time regarding Welsh people and their connections. The team which won might have had some help from one of the hotel staff!

Monday morning saw everyone at breakfast packed and ready for the homeward journey.

By common concensus the weekend had been thoroughly enjoyable in all senses. Our thanks go out to all the staff of the Northop Hall Country House and Hotel who made our weekend special.

Time for our travel group to think about next year!