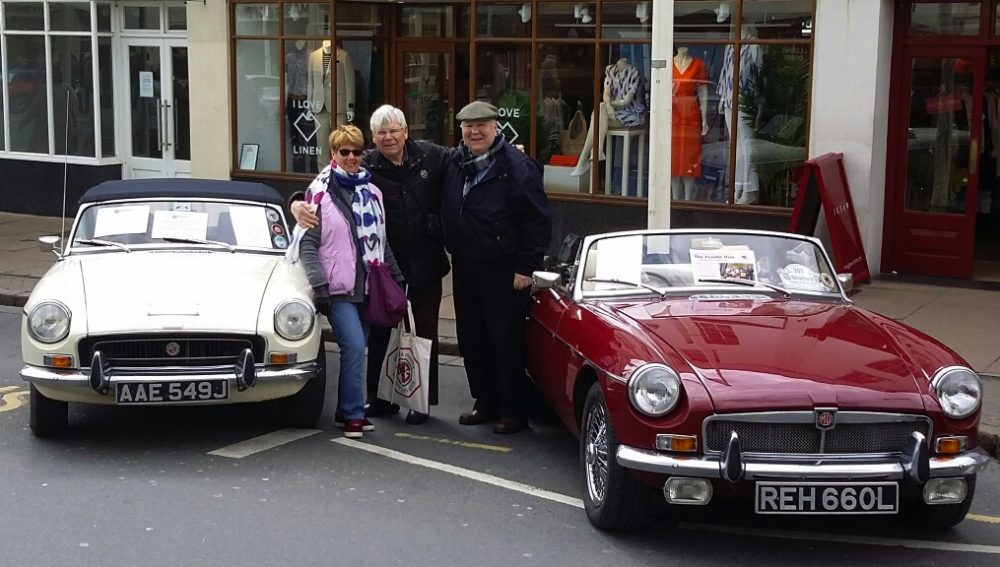 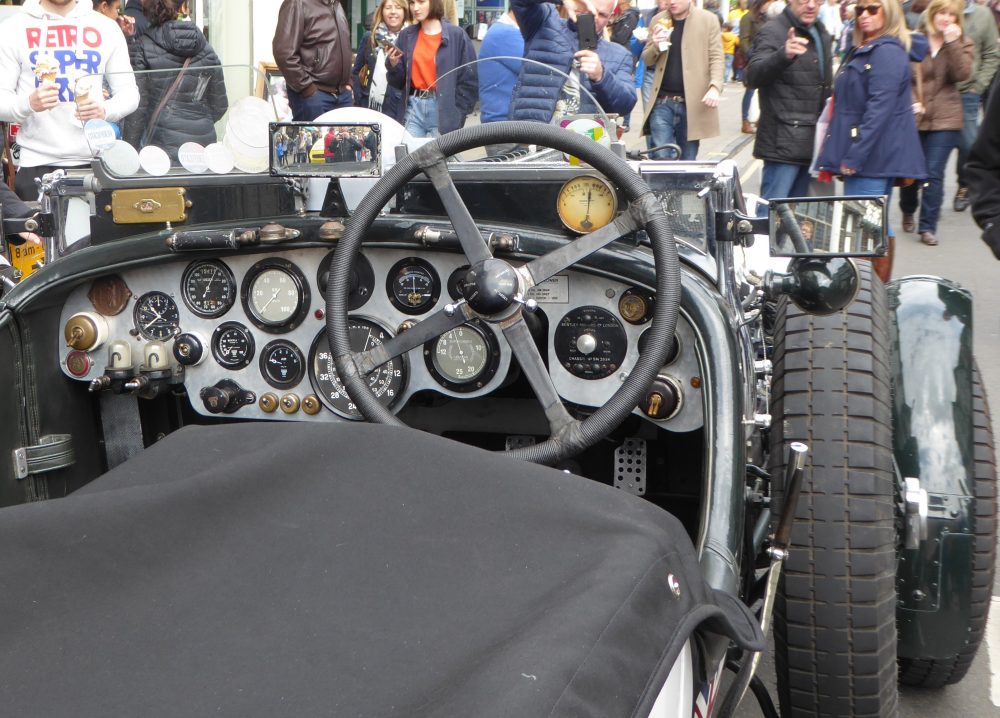 May brought the Stratford Festival of Motoring – which David and Miranda had entered previously and thoroughly recommended – so twelve intrepid Burnley and Pendle members entered the fray. There should have been fourteen but, sadly, Betty was poorly so she and Fred had to cancel at the last moment. Rather than attempt to travel in convoy we met at the Premier Inn, where we had booked as a group, on Saturday afternoon in preparation for the main event, which took place over Sunday and Bank Holiday Monday.

Stratford centre was closed throughout both daytimes with access to its historic streets, which were “pedestrianised” and entry controlled by a numbered rally plaque. Security staff – notably friendly and helpful at all times – guided us to our allocated parking spots; inevitably filled by another car! However, equipped with “walkie talkies”, they soon found alternatives and carefully took us through the appreciative crowds. They had plenty to look at and took a keen interest in the very varied displays of cars from the earliest days of motoring to the very latest modern automotive technology. We were fortunate with the weather, even if the skies did occasionally look rather threatening, and happy in the knowledge that both Stratford’s economy – and chosen charities – benefited from our efforts.

This, though, was no stationary event in that two “Runs” had been organised, on one day a short Treasure Hunt and, on the other, a longer one through the delightful spring countryside around Stratford. Waved off by motoring journalist Quentin Willson, David and your secretary alternatively used both cars and even found time for an Avon river cruise on, that pointer to the future, a pleasure boat converted to electric propulsion which had found its way all the way from Windermere. Another Grand Day Out!