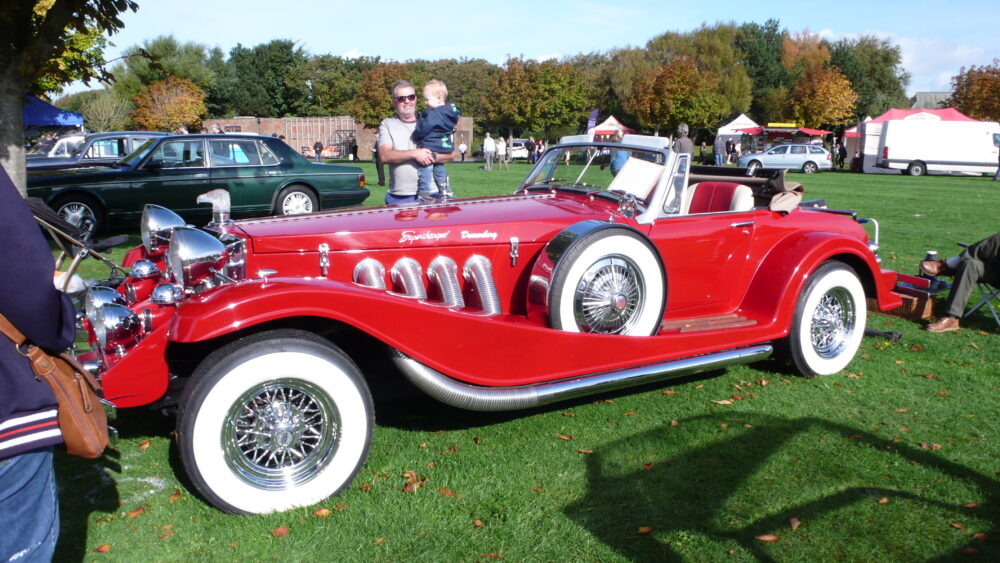 The Burnley and Pendle is getting back – with care – into the rhythm of its regular outings and Barbara tells us about our second “official” one.  Our next one is to Samlesbury Hall – home of the “spotty witch”, who you met in one of our previous reports – on November 7th.

Richard’s suggestion turned out to be a good one as the weather for our October monthly run to Southport’s Classic & Speed was superb. Two hundred and thirty-six cars graced Victoria Park with their beauty, their colours, their brilliance and their amazing condition and variety.  Every decade was represented from 1900-2020, and wow, what a spectacle to behold.  Roger and Olive’s recce resulted in them organizing our morning meetup at Sooty and Sweeps Plants and Café near Tarleton on the A59.  Seven cars arrived, one of them being Rob and Rhoda, who none of us had seen since before Lockdown, complete with Biggles and their new puppy. Angela had invited her cousin along, so we all enjoyed catching up and getting to know each other. The sunshine meant the event was well attended with people well spaced out around the park and conversation flowed freely between competitors and visitors.  Bumping into former members Kevin and Gail, who were staying in Southport in their motorhome, was a lovely surprise too.  Once we had viewed all the ‘exhibits’ we retired to the spacious car park, where chairs were brought out and our picnics devoured, before some strolled along the ‘prom’ to the pier to blow off the cobwebs and cool down a bit after being roasted in the sunshine.  Who would have ever believed it was October 10th?