Roger and Olive’s MG did not get of the best of starts as after a long drive from Clitheroe to High Wycombe to purchase the car it broke down after the first few miles with Olive saying “I told you what would happen ,buying a thirty year old car”.All was not lost as the fault was only the points wanted cleaning on the fuel pump so a divorce was avoided.Now ten years on  the car is still going strong (as is the marriage ) with no significant mishaps.The old deck chair seats were exchanged for real leather which made a great difference to comfort,new wider 185 Pirelli Cinturato’s replaced the twelve year old  165 Uniroyal’s also added to ride and roadholding.Here’s to another ten years with the car and trips out with our great friends at Burnley and Pendle MGOC. 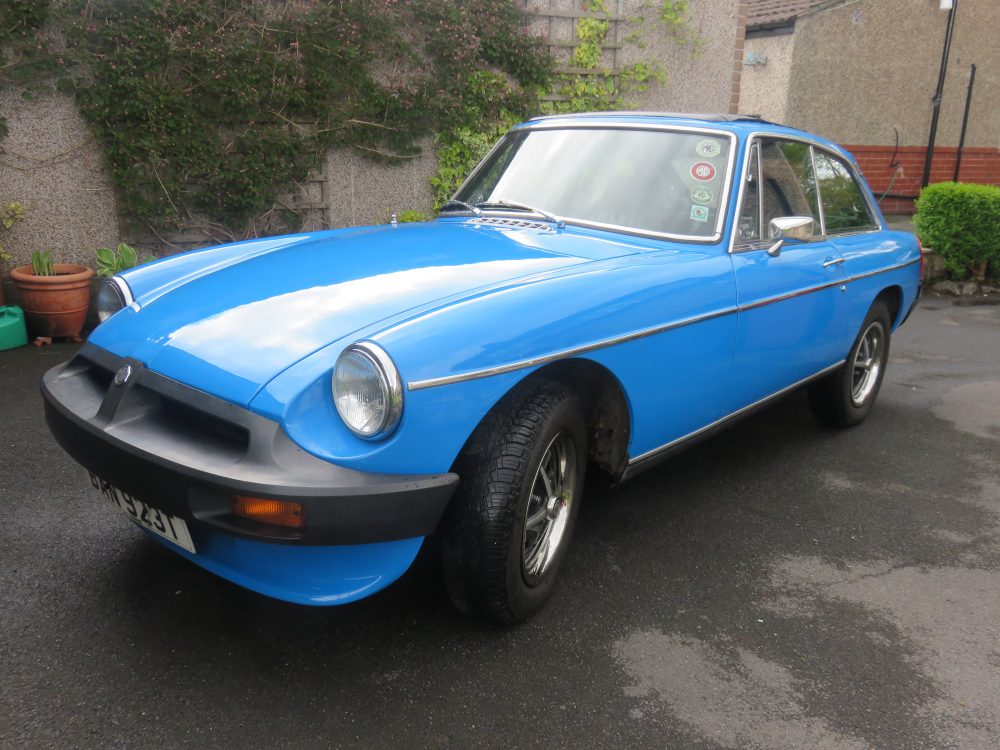