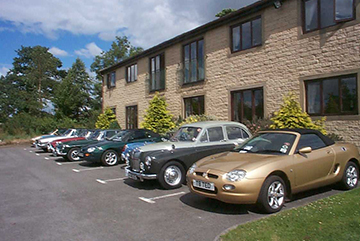 Over the weekend of Saturday 27th and Sunday 28th July 2002, we hosted our 10th Anniversary Pendle Run – our premier event of the year and one which went superbly well!

The weekend for the Club Members commenced at 2pm on the Saturday afternoon when we gathered at the Sparrowhawk for our run to Kelbrook. Fantastically, ten cars gathered (John & Jose, Neil & Janet, Ray & Lynne, Ted & Jo, John W, Dave G, Francis, Nigel & Suzanne, Cathy & I, plus a couple from Tees Valley and I apologise for not remembering your names!

We handed out a short local knowledge quiz for the Club to complete en route and headed off through Roughlee, Barley, Newchurch, Sabden, Pendle Hill, Waddington, Bashall Eaves, Cow Ark, Gibbon Bridge until we reached Chipping an hour later. The sun was shining, the weather was gorgeous and everyone seemed to be having a good run. In Chipping, we visited the haunted Sun Inn to sample some Black Sheep Ale and sat in the beer garden with Bilbou the eagle owl. We also sampled some fine ice cream and could easily have spent the rest of the day there, enjoying the beer and sunshine.

However we had to leave and did so through Burholme Bridge, Dunsop Bridge, Newton, Slaidburn and Holden. At one point we were held up considerably by a couple of lonely sheep that took a liking to walking slowly down the narrow lane in front of us, but eventually they moved over to let the nine MGs and one Porsche past. Near Paythorne we hit our first major problem of the weekend, as the first three cars stopped and waited for no-one to catch up! It transpired that a landrover had stopped Neil & Janet to inform them that someone behind had broken down. They headed off to find out more, whilst Ted & Jo, Ray & Lynne, Cathy & I soaked up the sun…and waited…and waited some more. Cathy had a strange experience beneath Ray’s blanket and eventually we decided there was little point in us going back or waiting – so we drove off and left the rest of them!!

Through Halton West, West Marton, Thornton in Craven, Barnoldswick and into the carpark of the Old Stone Trough at Kelbrook. Evetually the rest of the gang made it, to enlighten us with tales of Dave G’s MGB breaking down again with a blocked fuel line – not the first time this has happened. However by 8pm, everyone, including Dave G, had arrived at the hotel and were enjoying an evening meal.

In all the turmoil, our quiz was forgotten – so here are the answers for those of you that tried to answer the questions. Q1 – Clitheroe Castle and the Norman Keep size is 35.75 square feet. Q2 – the three witches were from Barley. Q3 – George Fox’s contemplation was on Pendle Hill. Q4 – The Bowbearers of the Forest of Bowland were from Browsholme Hall. Q5 – the canal tunnel is at Foulridge and is 1,650 feet long. Q6 – The pulling faces are at the Church in Chipping. Q7 – The 1,827 feet high hill is again Pendle Hill. Q8 – Bull baiting was at Waddington. Q9 – Nanny Maud’s toll was at Newchurch in Pendle. Q10 – The Courts were at Slaidburn. Easy – or was it!

Back to the evening at the Stone Trough and after the meal, we headed upstairs to be entertained by Rockin’ Rag Albert, who include our very own John Hufferdine on bass, who entertained us with hits from the 50’s, 60’s, 70’s and 80’s. They were rockin’ and excellent – everyone present, whether from Chesterfield, Burnley & Pendle, Tees Valley or any of the other clubs, seemed to have a superb night. After a few pints, I confessed to having asked Cathy to marry me the previous Friday night – much to the surprise of most people present. Even more of a surprise to me, had been Cathy’s acceptance! However even this could not encourage me to put on my dancing shoes over twelve years since my last dance on 1st June 1990. For those of you disappointed not to see me dance, then you’ll just have to wait two years for the wedding itself, when I’m told even I will NOT be able to escape dancing with my bride. We retired to bed drunk around midnight, but I understand that Irv and others were still going strong two hours later. 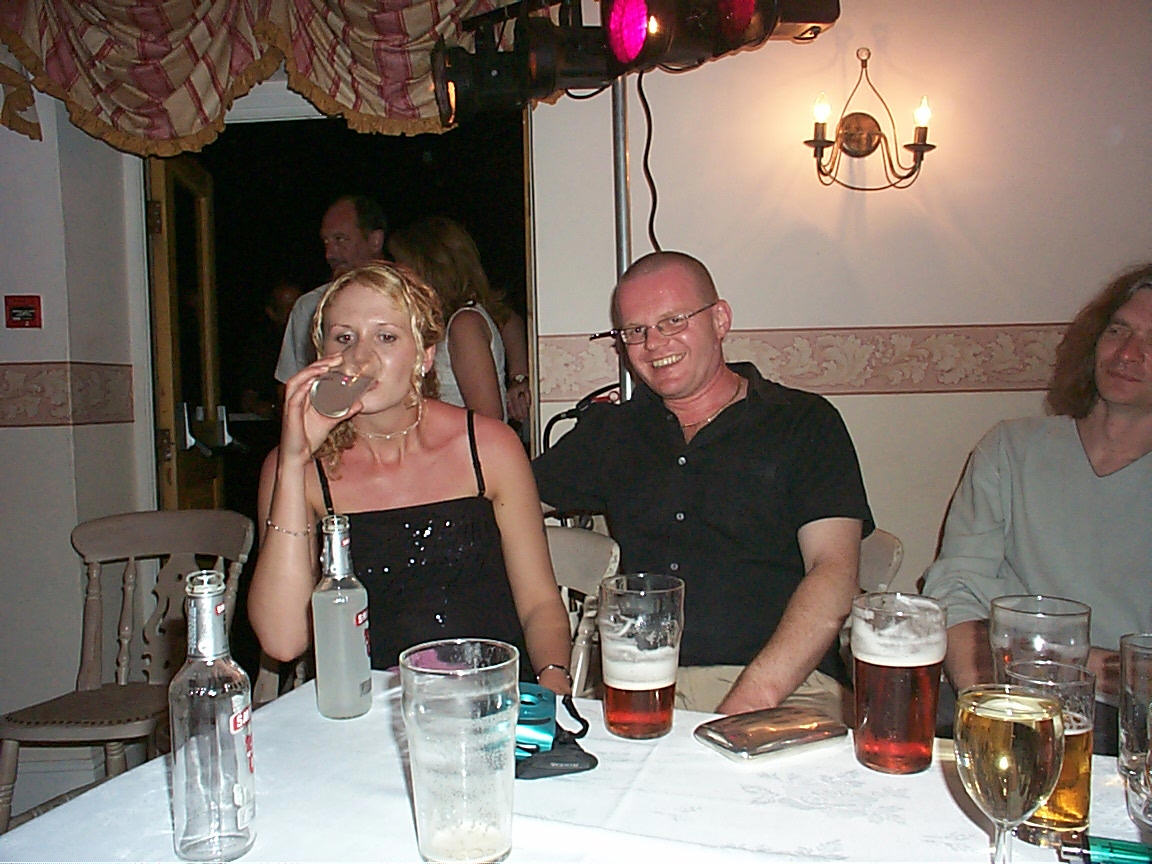 And then onto the actual Pendle Run itself. Sunday morning started cloudy, but that didn’t dampen the spirits of the 108 cars that attended our special tenth event. They arrived in droves from about 9:30am and were all checked in, filled with coffee and sold raffle tickets. The cars ranged from a 1931 MGM, through a selection of TDs, MGAs, MGBs, Midgets, RV8s, MGFs, MGTFs, a ZR and a ZS. Other interesting cars on the run were a AH Sprite, a 1967 Porsche 911, Triumph Stag and Spitfire, TVR 350i, an MX5 and a couple of Porsche Boxsters.

From 10am, they were waved off by Ray whilst Neil T put his photographic skills to great use in capturing each one that left the hotel. This included four people of foot – apparently the MGs had problems and they’d arrived in more conventional modern cars, with which they didn’t want their photos taken – so they stood holding their rally plates on foot. Great sports – well done! Also thanks to Keith and Judith Truscott, who brought their MGB all the way from Newton Abbott. 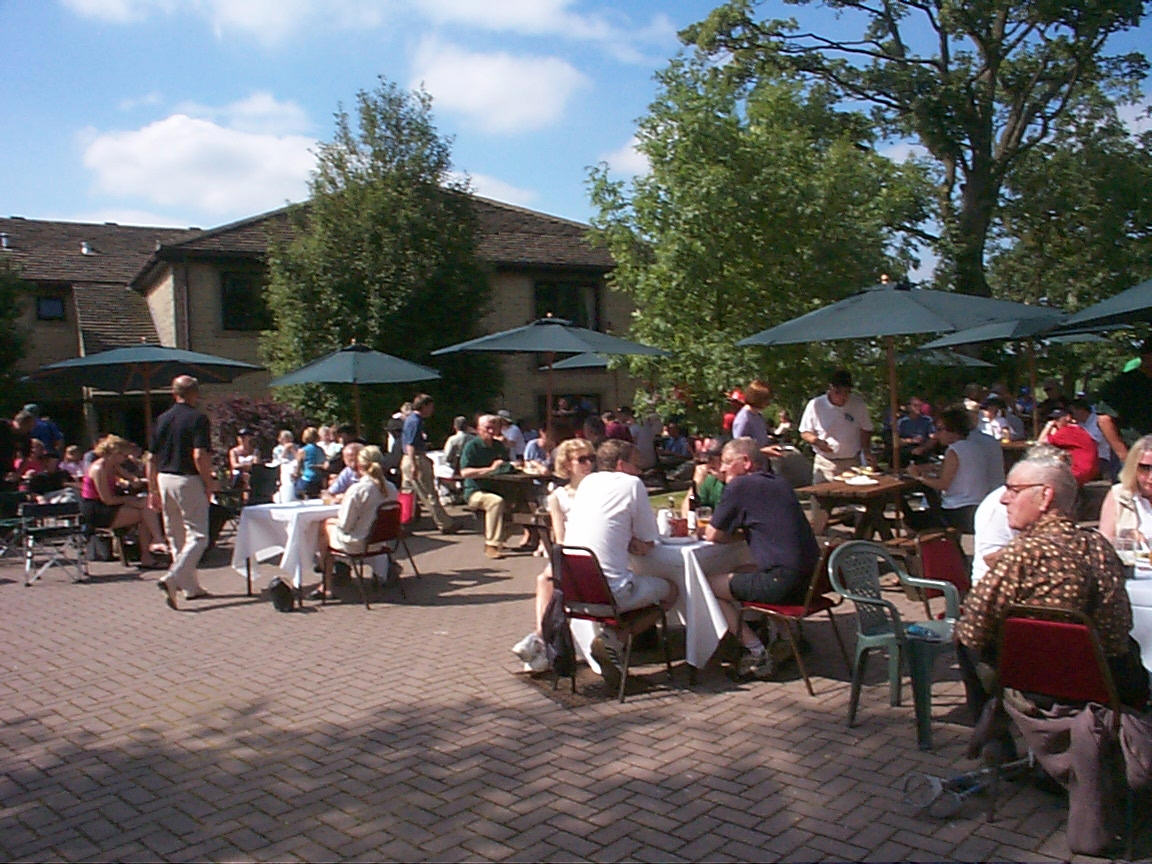 The run left the Hotel and headed through Hellifield, Gargrave, Malham, Wigglesworth, Cocklett Hill, Stocks Reservoir, Slaidburn, Chatburn, Downham and back to the Stone Trough. Apologies to all those that over ran the left turn at Stock’s House – signs were in place, but many people shot past before they had time to see them. I just hope you all arrived safely back at the hotel!

Once back, everyone collected their framed photograph, finishing souvenir plate and purchased even more raffle tickets. By now the sun was shining very strong and well over two hundred people sat out enjoying a very good buffet, collecting some great raffle prizes, listening to The Dalesman entertain them with songs and stories from generations ago. We presented a cheque for £500 to the Burnley and Pendle Hospice – thanks to everyone for supporting the run, which meant that once again we could raise such funds for such a worthwhile local cause. Thank you all. 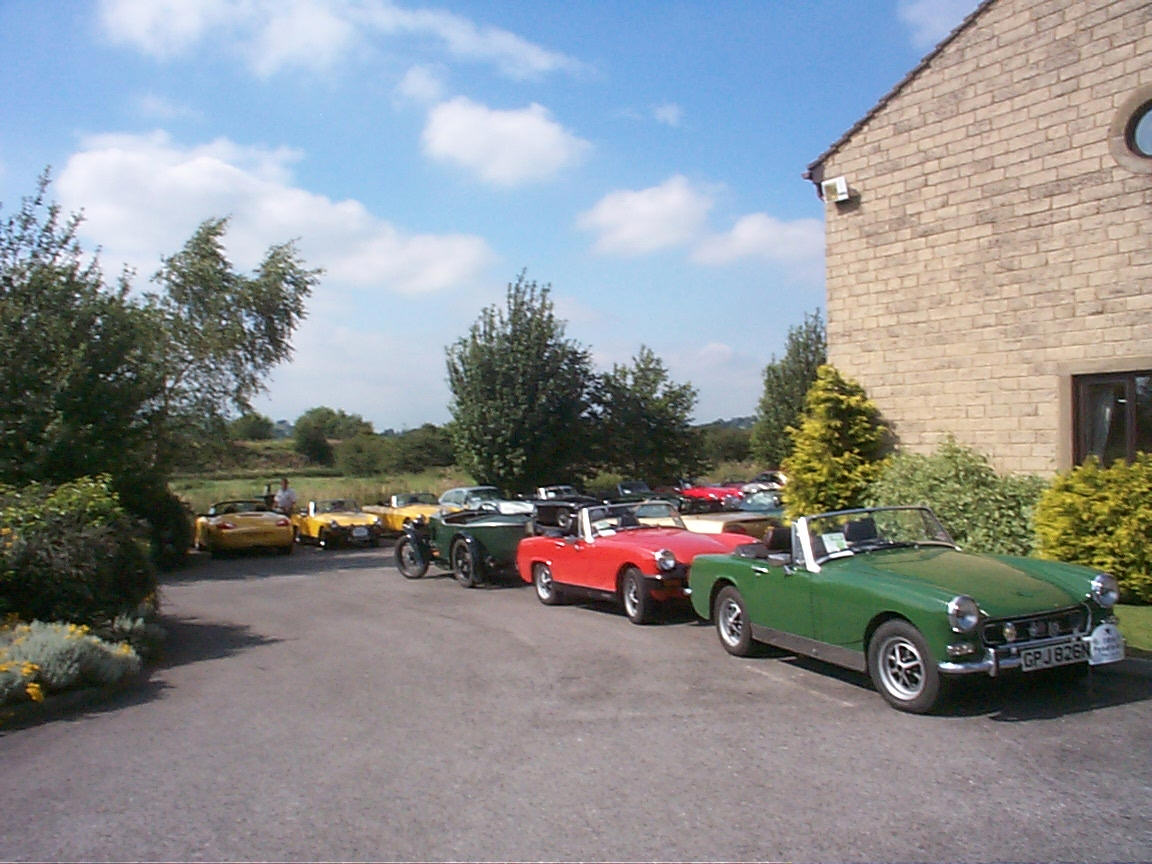 And here are some copy emails we have received from people, which speak for themselves;

Dear Burnley & Pendle MG Club, Just returned from a very enjoyable run indeed. We weren’t able to attend Saturday but the Sunday organisation, route and buffet were all superb. Particularly the route, which we found so varied with pretty villages and fantastic vistas. The weather helped, of course, even though the cloud took a while to break up it was still very warm. Definitely one for a future year. Best wishes, Paul and Jenny Hunt.

Just a short note to say a big thanks for all your hard work in organising yesterday’s run through superb country. You may remember our team of Thomas Fisher (11) navigator who did an excellent job. Probably the youngest navigator on the run. We had a brilliant time and when the exhaust fell off (the back box) and we couldn’t get it off some very kind anonymous drivers and their crewe helped tie it up to the suspension and we were able to complete. If you have space in the next MG Owners mag please include a special thank you otherwise we would never have finished. Once again thanks and we will be joining in more runs on Sundays as a result. Paul Fisher

A splendid day in everyway. Very enjoyable. Thanks a lot. Fingers crossed for next year . John (Jack) Lord.

Just to say what a tremendous day we had yesterday. The weather,the lovely scenery and the first class buffet along with the entertainment were excellent. Thankyou also for the photo and the pleasing souvenir collected on completion. hanks to all concerned in making the day a success. Susan, Michael & Andrew Herridge R90 SUE & SVR 750X

Thank you for all the hard work which went into making the run last Sunday into an excellent day out. We travelled from Morecambe so had completed our first run of the day through Bentham, Clapham and Gisburn by 9.30am. We thoroughly enjoyed the ride through unknown territory and were ready for the welcome buffet and entertainment on our return to the Stone Trough. Freshly fed and watered, we set off on our third run through Clitheroe and the Trough of Bowland back home. Thank you for ordering the weather and we look forward to your next run! Mike & Anne Alder

Thank you all for the complimentary emails, it is wonderful to know that we produced an event that went so well and so well received by everyone who attended.

So until next year……