BPMGOC wishes you a Merry Christmas & a Happy New Year 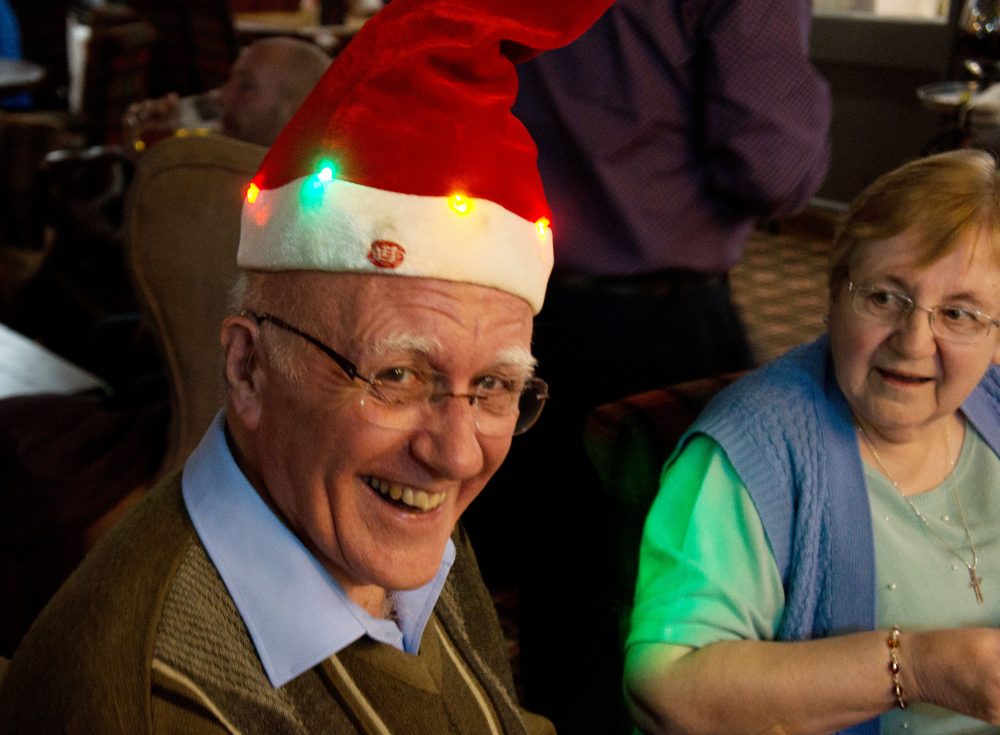 Rain, wind and, not least, snow tend to discourage MG adventures so, when Saturday December 14th brought our Christmas Dinner at the Old Stone Trough Hotel, we were more than content to make merry in front of their new log burning stove.

Eighteen of us had booked for dinner and, of those, sixteen had booked rooms but it rather went down hill thereafter in that Mick, in an unlit car park, tripped on an unexpected kerbstone breaking his spectacles and causing nasty facial and eyelid injuries.  The two (retired!) doctors at the dinner thought that this required specialist attention and Neil took Mick and Barbara to the nearest centre.  They were able to return later but missed the meal, though Janet T did arrange for the kitchen to put up a sandwich supper for them.

Though somewhat subdued, the rest of the group continued with an excellent meal enlivened, later, with a – difficult, after a few glasses of wine – seasonal quiz from Barbara, and Janet W once more compered the giving of presents for all, this year as a raffle but with added hilarity:  the ceremonial musical, motorised (believe me, it really is frantic!) and flashing LED lit Santa hat … was passed round and each guest – more or less willingly – wore it in turn!

Rob and Rhoda had to return to Yorkshire and their animals but the rest retired to their rooms only to awake in the morning to heavy fall of snow.  But the temperature was rising and, during breakfast, quite a lot of it melted, though this did give FWD cars a few problems on the hill out of the hotel.

Our best wishes to Mick for a speedy recovery and we’re next together again in the New Year at Clitheroe GC on January 12th.