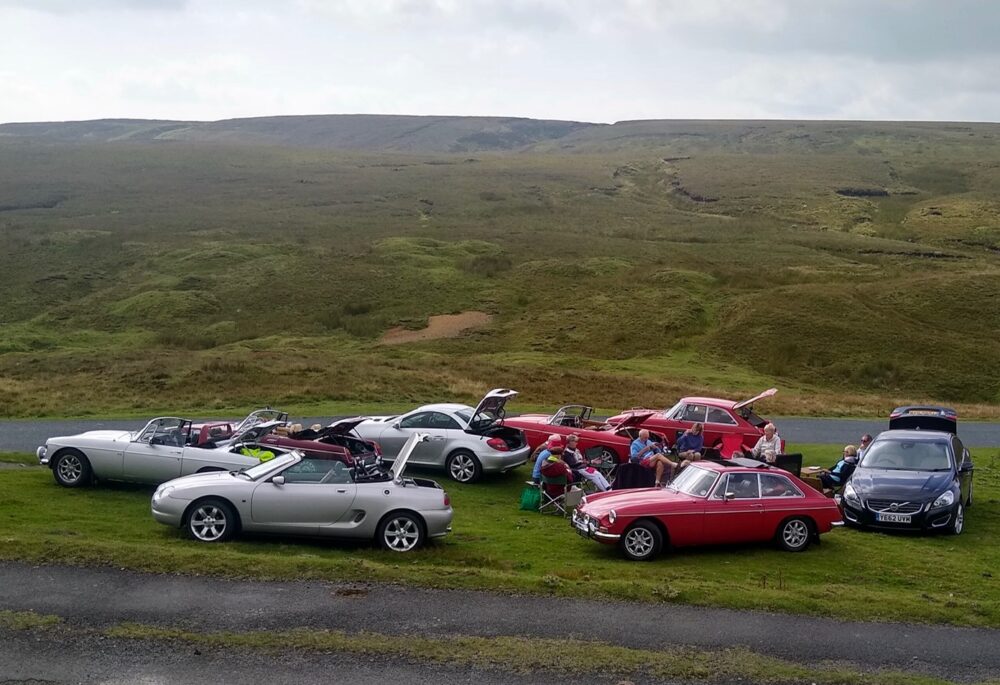 “Welcome to Nigel and Elizabeth who joined us on first full “proper” Sunday Run —  we did, of course, go to Leighton Hall recently — where Barbara and Mick and Roger and Olive, along with the weather, really pulled out the stops and produced a delightful feast of a day, perhaps in honour of absent friends.

Starting from — almost our second clubhouse — Ireby Farm, and where we assembled to sample its culinary delights (some to be taken away … ), we turned north and ascended, following the the general direction of the Settle to Carlisle Railway, through what must be some of the most unspoiled, magnificent scenery and quietest roads in the British Isles, climbing — with moving and unobstructed views of Yorkshire’s Swaledale — to cross Buttertubs. (Where your Secretary destroyed some exhaust clips on a cattle grid, once upon a time …)  Not for nothing is the Settle and Carlisle Railway regarded as a jewel in the crown of rail travel.

We then descended then for what, in reality, would have constituted a second run in its own right — the total was, for the most distant Members, more than 160 miles — to make an odyssey through changing scenery and a sequence of wonderfully named and delightful villages:  Buckden, Starrbotton and Kettlwell.  We took our leave at Kilnsey Park — along with its straw sheep and goat (no comment!) and after more than a little ice cream — reinvigorated and ready for the year to come.”