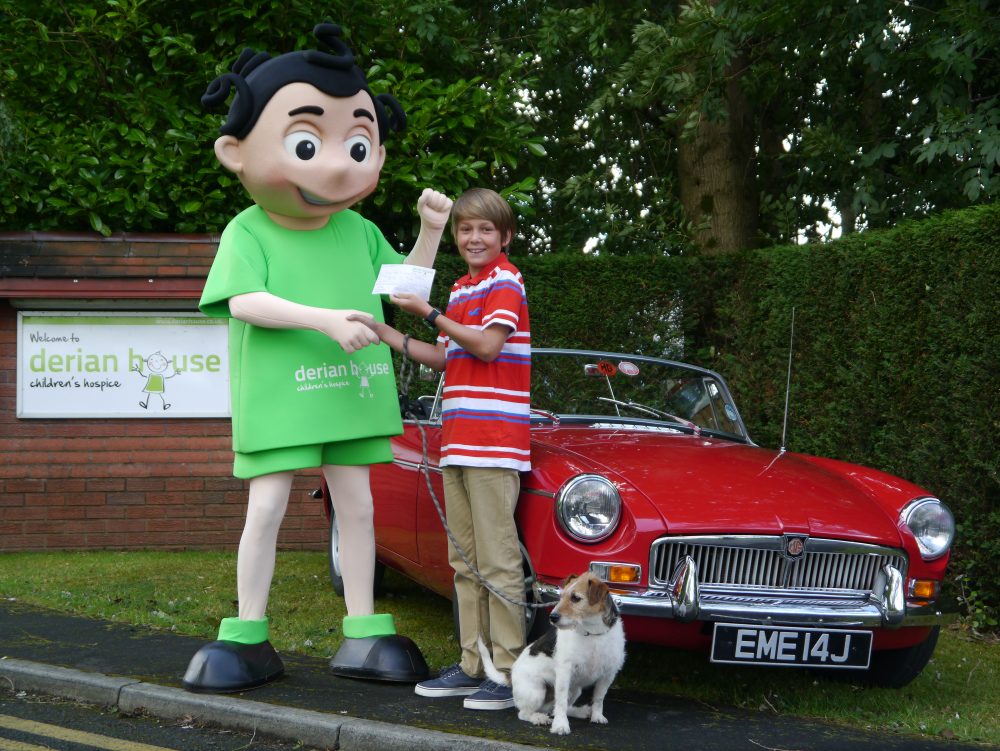 The classic MGB replaced a 1971 Midget just 7 years ago and has been out and about on our Sunday club runs, as well as clocking up the miles, sightseeing on our European jaunts. In 2015 we travelled some 3000 miles in three weeks exploring the James Bond film locations set around France, Switzerland and Italy with the car running ‘purrfectly’. She is now looking forward to going  on MG Ireland  and Portugal in 2018.

Raising money for Derian house was one of the objectives for the 2014 Pendle Run. A Hospice that provides excellent care and support for sick children.

In the photos is our MGB as a backdrop for our Grandson Edward and mascot Derian Danni, accepting a cheque for the Hospice. Humbug the family terrier nearly stole the show!